Yuliana can only lie in her house holding a sick, unable to seek treatment at the hospital

Yuliana can only lie in her house holding a sick, unable to seek treatment at the hospital 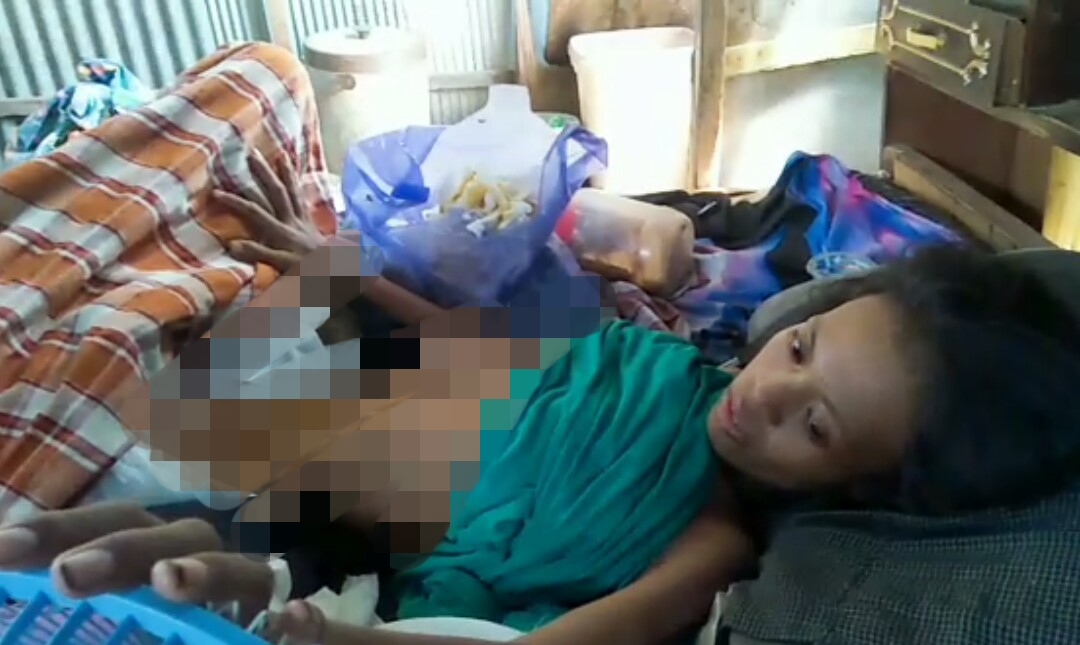 Yuliana can only lie in her house holding a sick, unable to seek treatment at the hospital
Maros - globalinvestigasinews.com
Usually the hospital is a place of shelter, a place to get treatment.  But lately there has been a lot of gloomy news sticking out regarding its image as a health service.
The latest news is that the tragic fate experienced by Yuliana (23), an orphan, whose address is in the Mangallekana Neighborhood, Baju Bodoa Village, Maros Baru District, Maros Regency, was rejected by the hospital because she was poor.
Now Yuliana can only lie sick, on a divan bed made of old wood, with a leaky roof and dirt floor, accompanied by an old television unit, a small fan and a gas stove.
Sometimes Yuliana moaned in pain, due to the surgical scar on her stomach near her navel, which until now has not been dry, and even seems to have started to rot.  However, because of the poverty she experienced, Yuliana had to be able to endure the pain.  Her body was very thin, making Yuliana no longer able to sit, let alone stand.
When met, Yuliana stammered, "I can't eat too much, because the food I eat comes out of my navel," with a sad tone.
Yuliana really hopes to recover to support her father who works as odd jobs, and her younger sister who is still in school, unfortunately there is no cost to go to the hospital.  Let alone for hospital fees, just to eat every day, waiting for the helping hand of family and neighbors, he explained.
Arifin, Yuliana's father hopes that the government will help pay for the hospital, because a number of hospitals that Arifin visited, all refused.
Arifin admitted, if only KIS (Healthy Indonesia Card) is the only hope he has, but it does not apply to the hospital, he said.
Meanwhile, a legal practitioner from the Advocacy and Legal Aid Institute, Agustina Mapparessa, said that she deeply regretted the attitude of the hospital in rejecting patients on behalf of Yuliana, especially since Yuliana is a poor citizen.
Agustina promised to provide free legal assistance to Yuliana, related to the hospital that rejected Yuliana because she was poor.  Even though according to the provisions of health service facilities, it is not allowed to refuse patients.  This provision is regulated in Law Number 36 of 2009 concerning Health, explained one legal practitioner from the Advocacy and Legal Aid Institute, Agustina Mapparessa. (Andi Guntur)
(Global journalist Zainal report investigations news com Maros Regency, South Sulawesi province)
Bagikan berita ini ke yang lain