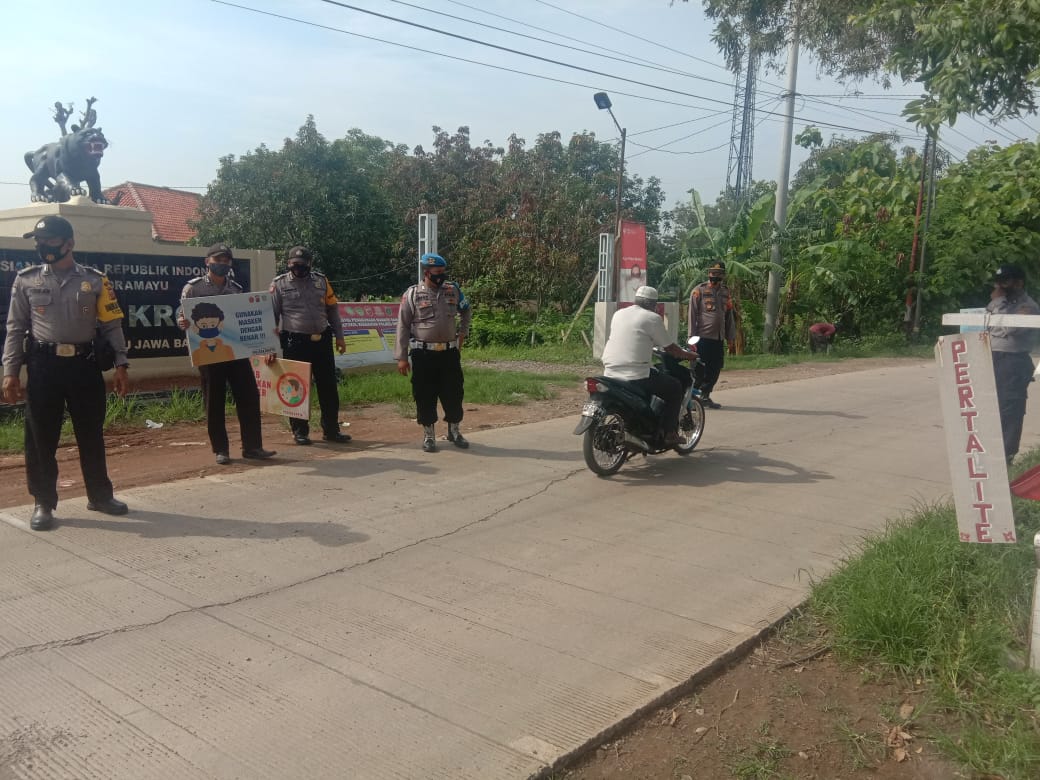 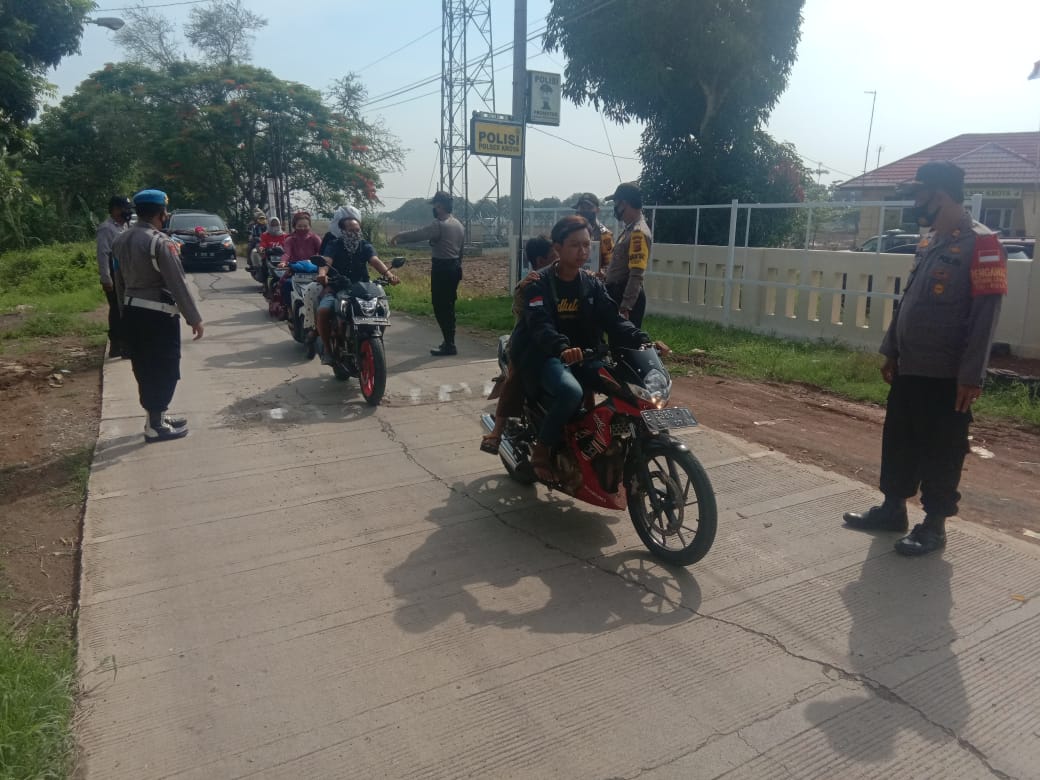 The personnel of the Kroya Police, the ranks of the Indramayu Police, the West Java Regional Police, together with the TNI and Satol PP carry out Yustisi operations in the context of disciplining the community on compliance with the Health Protocol which was carried out in front of Kroya District, Indramayu Regency, Monday (04/01/2021). 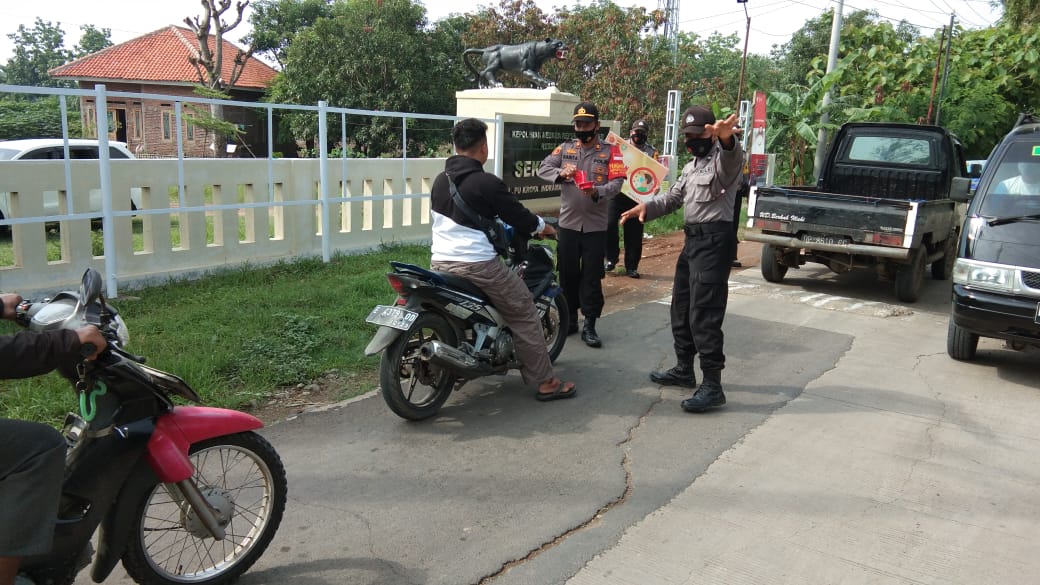