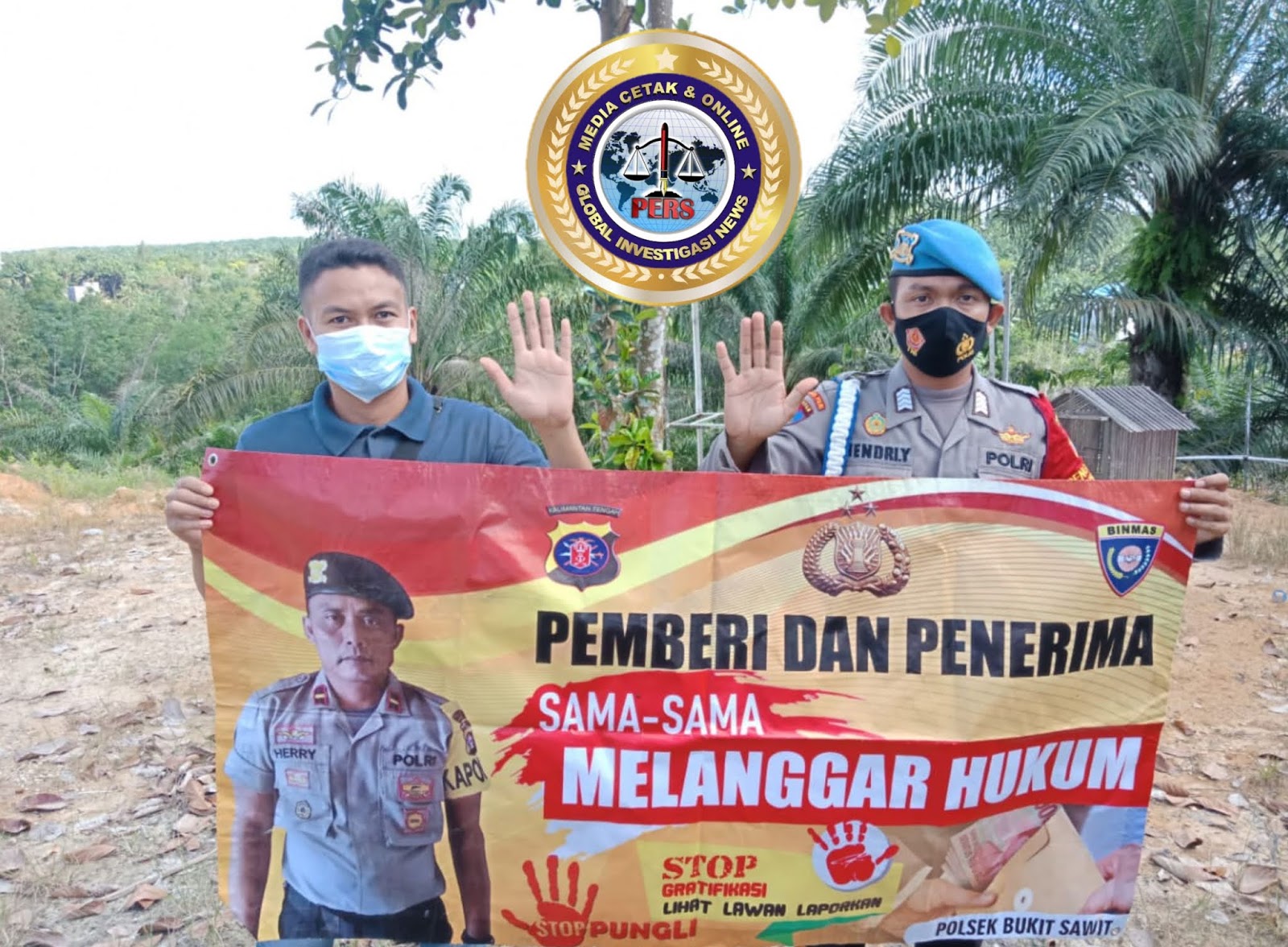 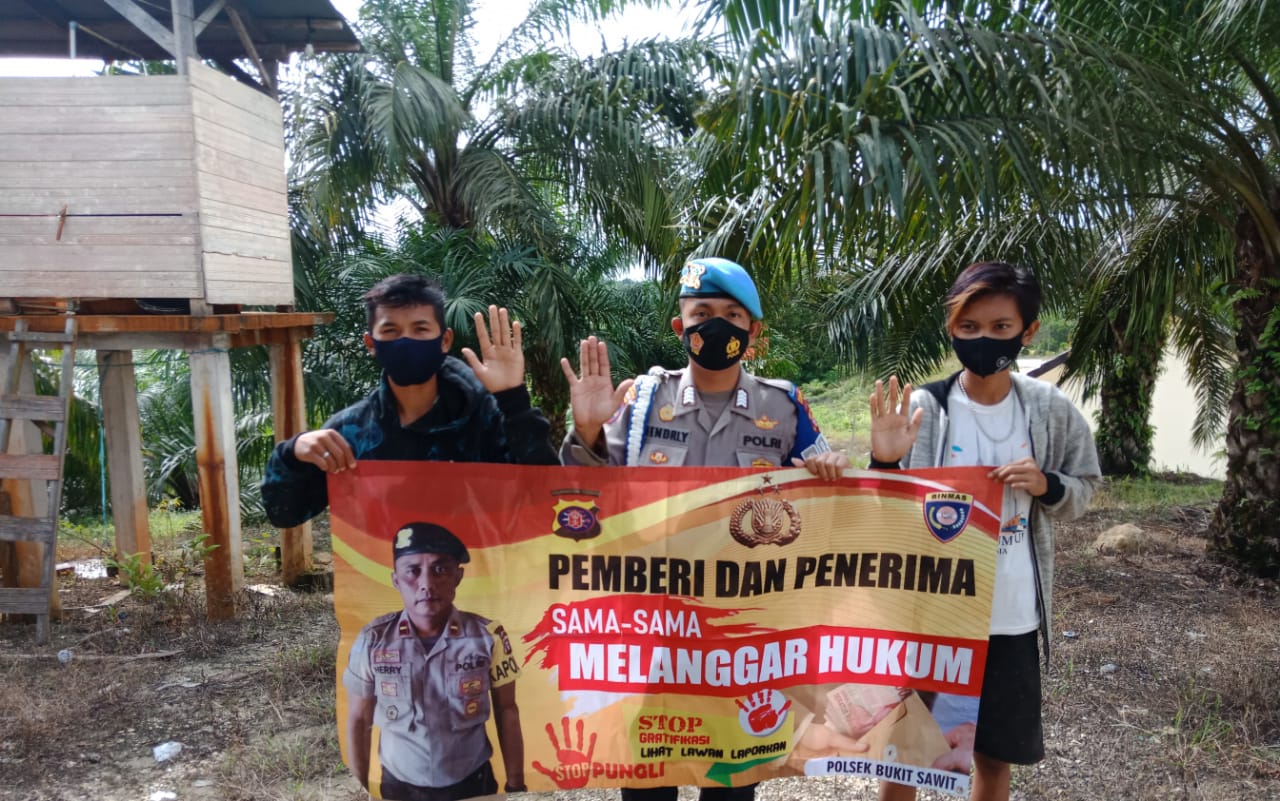 Kapolres Barito Utara AKBP Dodo Hendro Kusuma, S.I.K through the Head of the Bukit Sawit Police, Iptu Heri Purwanto, said that in connection with the socialization of illegal levies, we invite youth, community leaders and the whole community to fight extortion in the Trahean Village area, "he stressed.
"Socialization in the form of direct counseling about Saber Pungli to residents of Trahean Village, South Teweh Subdistrict, North Barito Regency, such as unfurling a Stop Extortion banner and a group photo about sweeping illegal extortion with the theme Stop Extortion" Giver and Receiver are breaking the law, STOP PUNGLI " "Strictly speaking.
"We distribute the cellphone numbers of the Police and Bhabinkamtibmas Officers of the Bukit Sawit Police and ask the roles of all levels of society not to charge administrative fees that have no legal basis in Trahean Village. Palm oil, "he added.
"In this activity, the personnel of the Bukit Sawit Police asked the public to be brave enough to commit to preventing and eradicating the culture of extortion," closed Iptu Heri.
(*** / Iskandar)
Bagikan berita ini ke yang lain