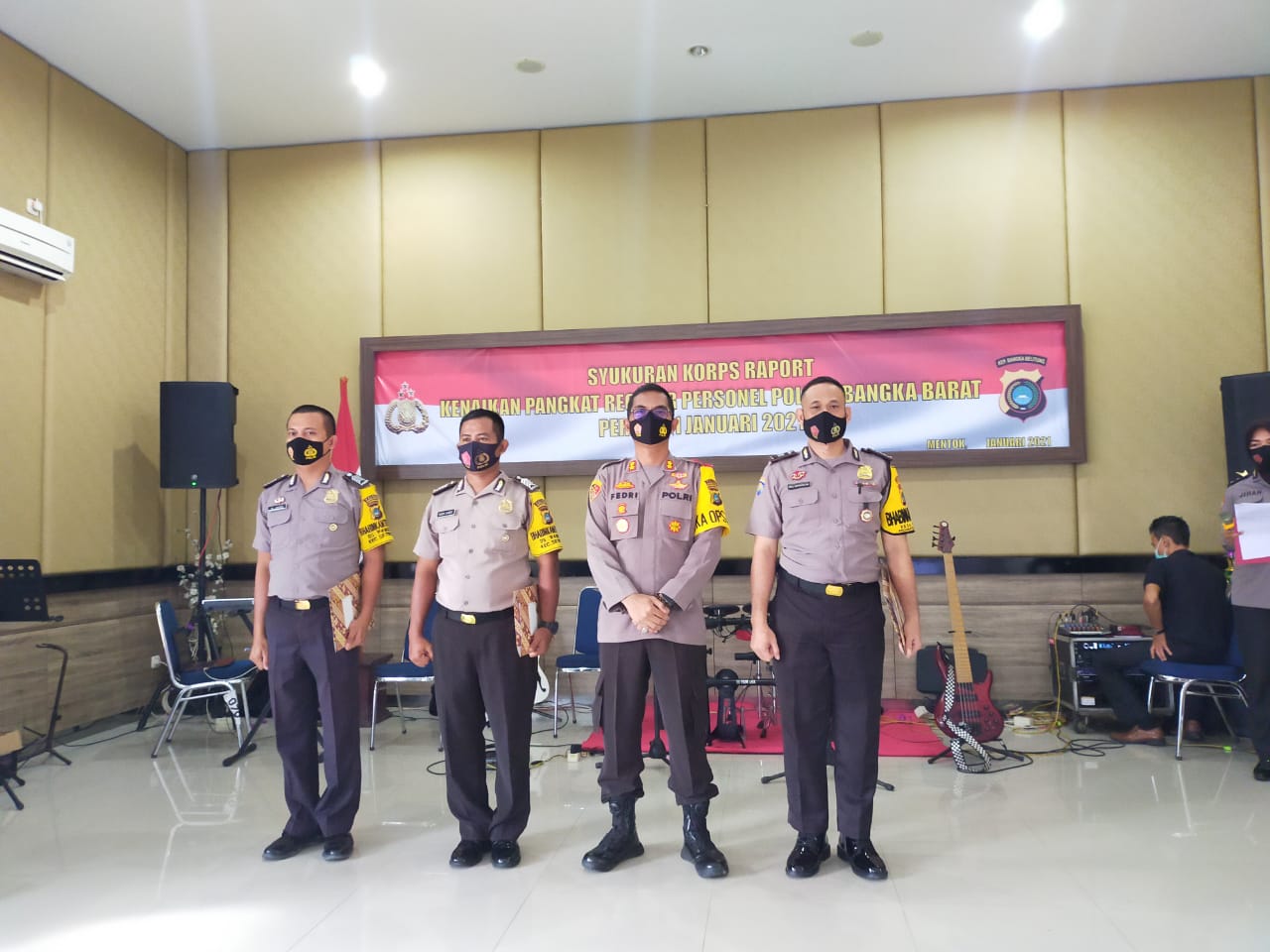 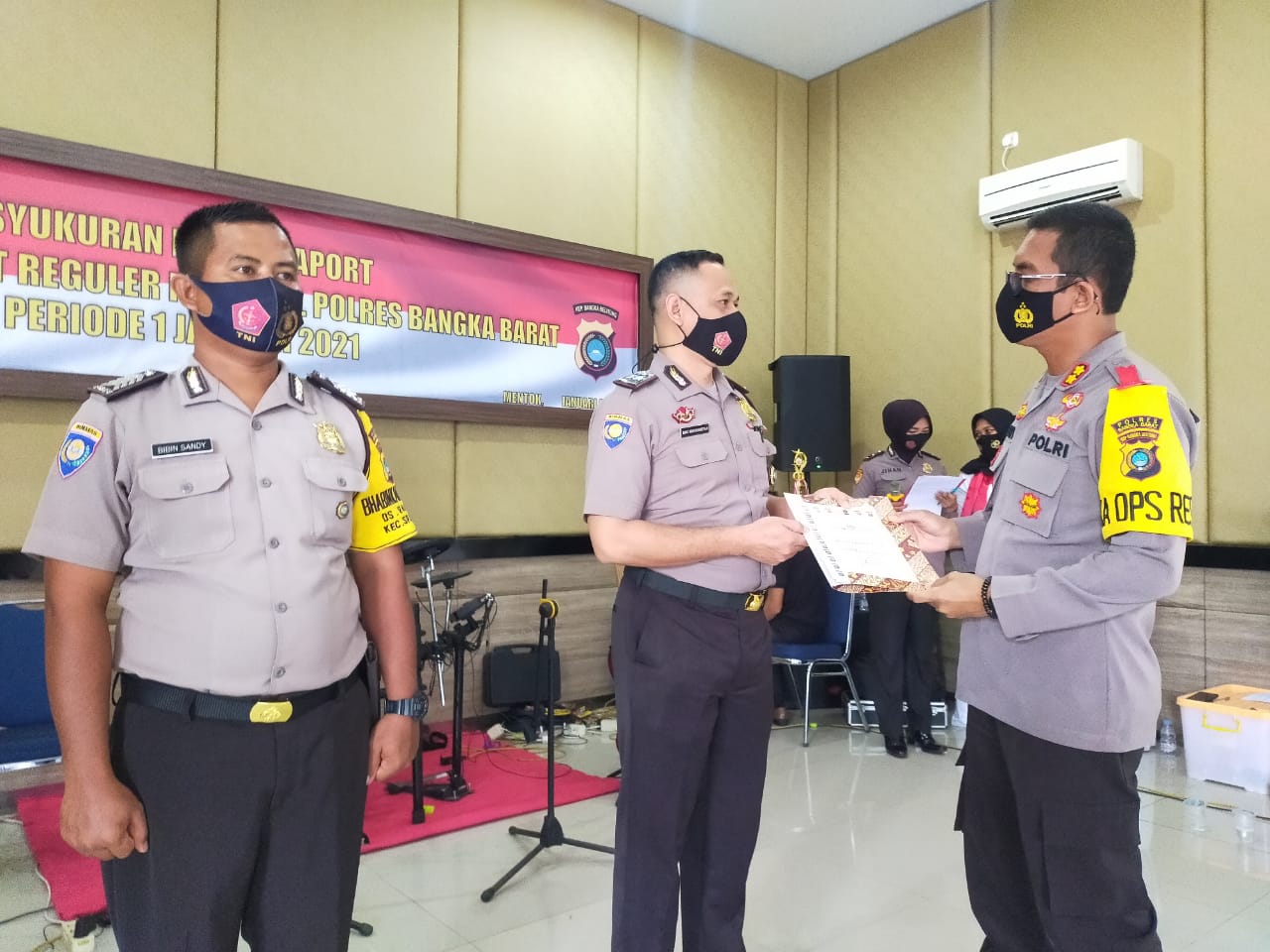 After the promotion ceremony held at the West Bangka Police Headquarters Apel field, the activity was continued with a Thanksgiving Event at the Catur Prasetya building, West Bangka Police.  Monday (04/01/2021) 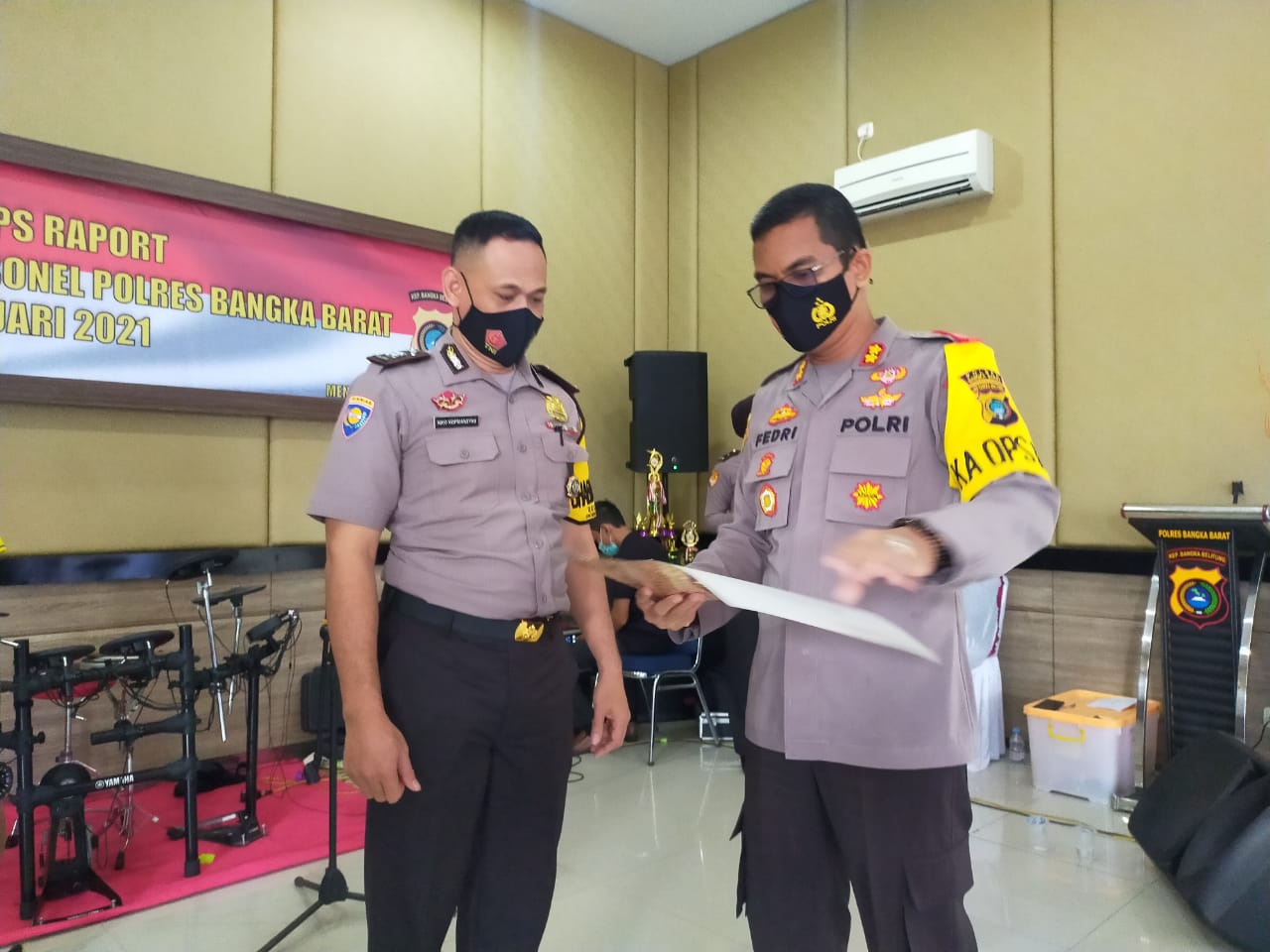 In its implementation, the activity was colored by pouring water on members of the West Bangka Police who rose to a higher level which became the culmination of a ritual of gratitude for personnel who were promoted, and continued with gratitude and distribution of awards to outstanding personnel. 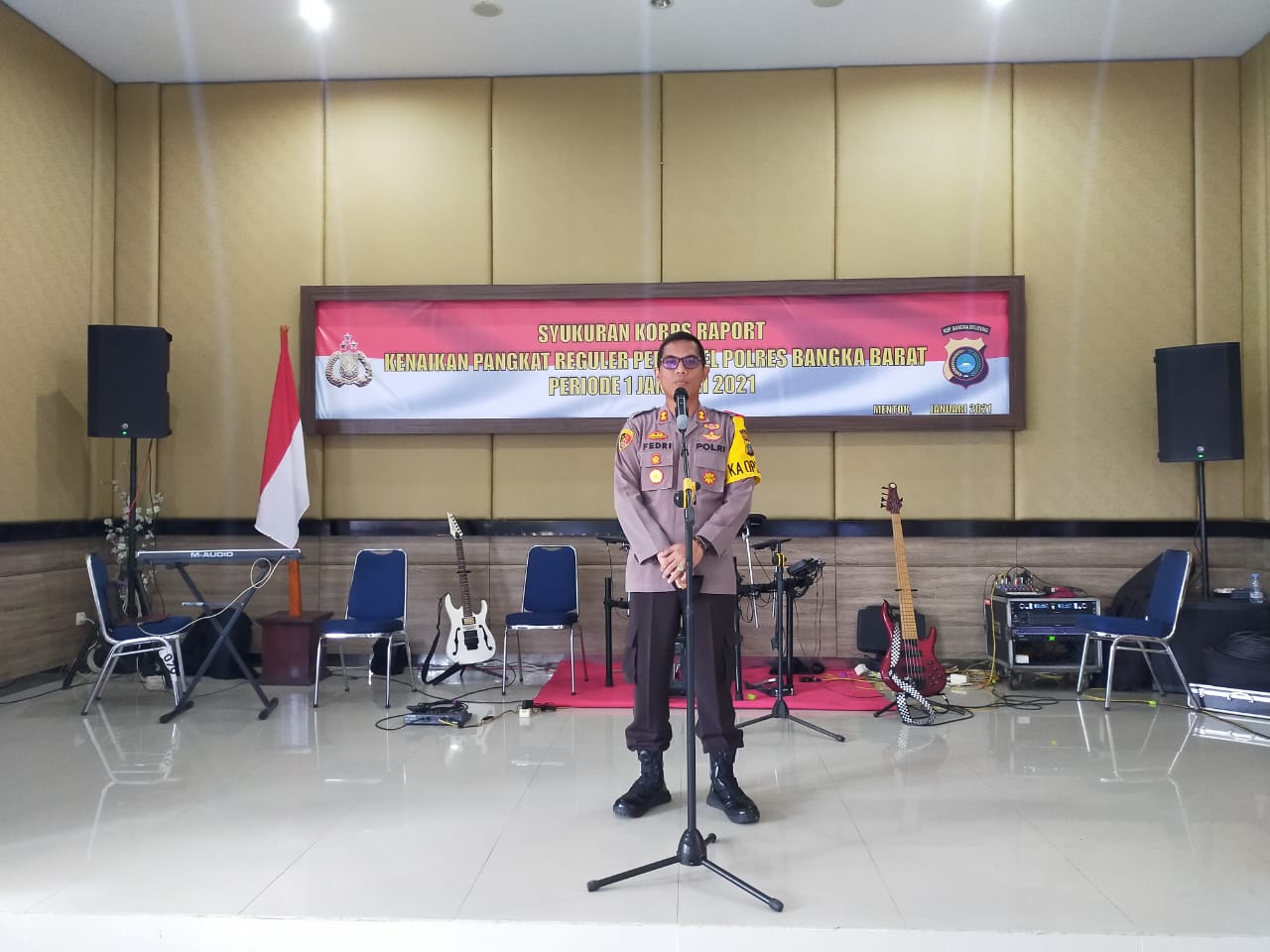 Kapolres of West Bangka AKBP Fedriansah SIK said that there were 2 AKP who were promoted to Kompol, Iptu to AKP as many as 2 people, Ipda to Iptu as many as 1 person, Aipda to Aiptu as many as 3 people, Bripka to Aipda as many as 5 people, Brigadier to Bripka as many as  14 people, 6 Briptu to Brigadier and 15 Briptu to Briptu.
"I congratulate the members who get the award and especially the members who are promoted to a higher level, that promotion is a procession to be grateful for but promotion also brings consequences that must be fulfilled, including improving the quality of self and knowledge and wisdom of attitude and action" he said.  West Bangka Police Chief.
"And for the personnel who get the award, hopefully they can become an example and can spur the performance of other members to be even more maximal," concluded the West Bangka Police Chief.
Globalinvestigasinews.com.
(Fuad & beni)
Bagikan berita ini ke yang lain