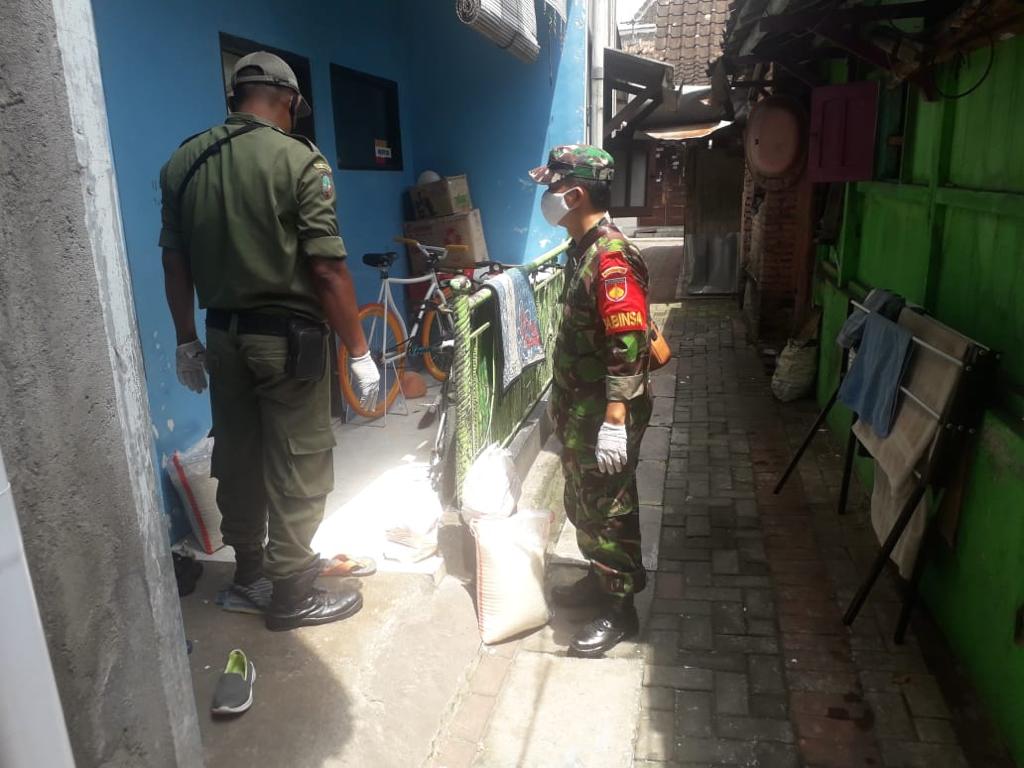 The chairman of Rw.02, Mr. Bambang Subandrio, Kepatihan Wetan sub-district, said that the aid we are currently distributing is in the form of basic necessities, including rice, cooking oil, instant noodles and sugar.  Assistance is given to our residents who are undergoing independent isolation according to the advisory from the Purwodiningratan Community Health Center, "said the Chairman of RW 02
Meanwhile, the Babinsa of Kepatihan Wetan Subdistrict Serda Budiono explained that Mr. Bayu's family had undergone independent isolation since the results of swab 1 were declared Reactive and would end after the results of the second swab left the Surakarta Health Office.
"During that time, they relied on the help of local residents for daily needs as well as assistance from the Surakarta Social Service." Alhamdulillah, the Jogo Tonggo group is running well, so that if any of its residents are in trouble they are immediately ready to help each other, "he said when delivering  assistance to residents undergoing independent isolation.
"We hope that the food packages distributed can help meet the needs of patients who are undergoing independent isolation so that they do not need to leave the house. This also aims to break the chain of spreading the covid-19 virus," he concluded.
(Arda 72)
Bagikan berita ini ke yang lain