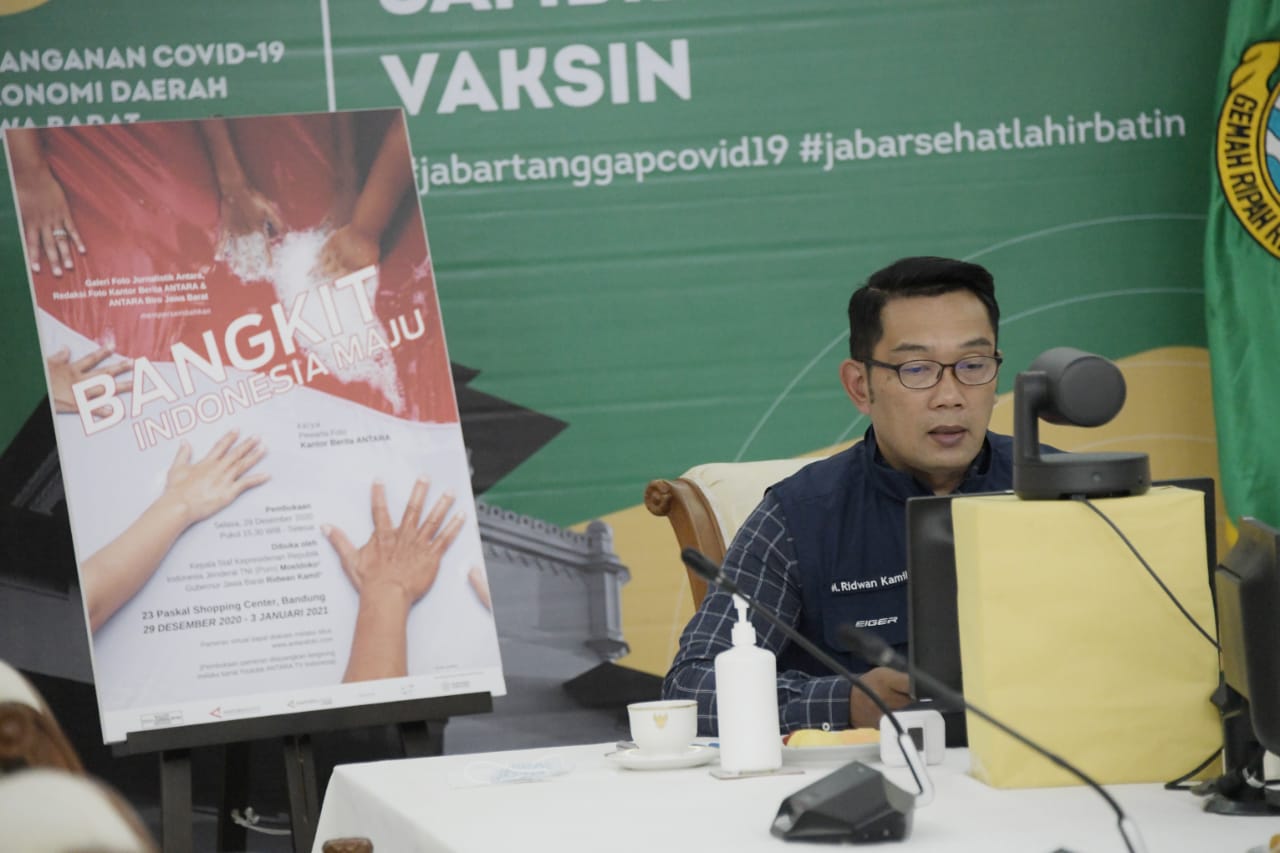 Ridwan Kamil Holds First Subling in 2021
Regency Garut - Governor of West Java (West Java) Ridwan Kamil again held the Subuh Congregation Tour or Subling while still implementing health protocols at the Great Mosque of Garut Regency, Sunday (3/1/2021).  This will be the first subling in 2021.
Kang Emil - greeting Ridwan Kamil - said that after several months of being stopped due to the COVID-19 pandemic, the Subling program will be held again, although it is not routine every week.  Subling's location will also be determined based on the level of alertness for COVID-19.
Kang Emil admitted that he missed Subling's atmosphere and the friendship with the community.
"There is a feeling of longing for the dawn of the congregation because it was hampered by the pandemic. So that we can come back to this glorious place like the pleasure of breaking the fast," said Kang Emil.
In his speech, Kang Emil said that the COVID-19 vaccination will be implemented soon, and health workers are a priority for vaccination.  Therefore, he asked the Garut Regency Government to simulate the vaccination process at health centers and buildings.
"Vaccination will be started first for health workers, secondly for non-health professionals but those that intersect with COVID-19, namely TNI / Polri, public service officers, after that only according to the order of risk," he said.
Kang Emil continues to appeal to the people of West Java to be disciplined in implementing the 3M health protocol, namely wearing masks, maintaining distance, and washing hands with soap.  This is because the COVID-19 vaccination is carried out in stages.
"This means that in 2021 COVID-19 is still not gone but it is likely to decline. This means that this year we still have to wear masks, keep our distance and wash our hands diligently and don't be careless," he said.
In addition, the arrival of Kang Emil to Garut Regency was also to inform the public that the revitalization of Garut Square will begin this year.  The Regional Government (Pemda) of West Java Province has prepared a budget of IDR 15 billion.
"I am here to report that this year Garut Square will be renovated, Rp. 15 billion has been prepared, including the repair of the Great Mosque. Because people's money has to return to the people we only manage financial traffic as well as possible," he said.
"We will start construction on the Cipanas Ring Road at Rp37 billion this year," he added.
According to Kang Emil, the revitalization of Situ Bagendit has begun with a target of completion by the end of 2021.
"Development has moved to make Situ Bagendit the best tourist destination. The revitalization target will be completed by the end of 2021," he said.
Kang Emil also reported that the Cigatas (Cileunyi-Garut-Tasik) Toll project is currently in the process of land acquisition.  For the first stage of development, he admitted that he had asked the Ministry of PUPR to prioritize access to Garut and Tasikmalaya.
"I also reported that the Cigatas toll road project is currently in the process of land acquisition. Phase one I have asked the center to prioritize access to Garut and Tasik," he said.
Kang Emil hopes that the Cigatas Toll Road project which according to the plan will be copied to Cilacap can improve the community's economy, especially Garut MSMEs.
"Hopefully if the release goes smoothly and the construction is completed during the term of office of the Regent (Garut), that way the people's economy can improve and Bandung-Garut access can be reached within 45 minutes, selling dodol, leather jackets, dorokdok can be faster.  "he hoped.
In addition, said Kang Emil, the West Java Provincial Government does not only focus on physical development, but also focuses on inner development or spirituality.  This is in accordance with the vision of the West Java Champion Born Inner.
"West Java must go forward not only in external matters but also inwardly," said Kang Emil.
PRIVATE JABAR
an.  Head of the West Java Provincial Secretariat Leadership Administration Bureau
Head of Material and Leadership Communication
Faiz Rahman
Bagikan berita ini ke yang lain