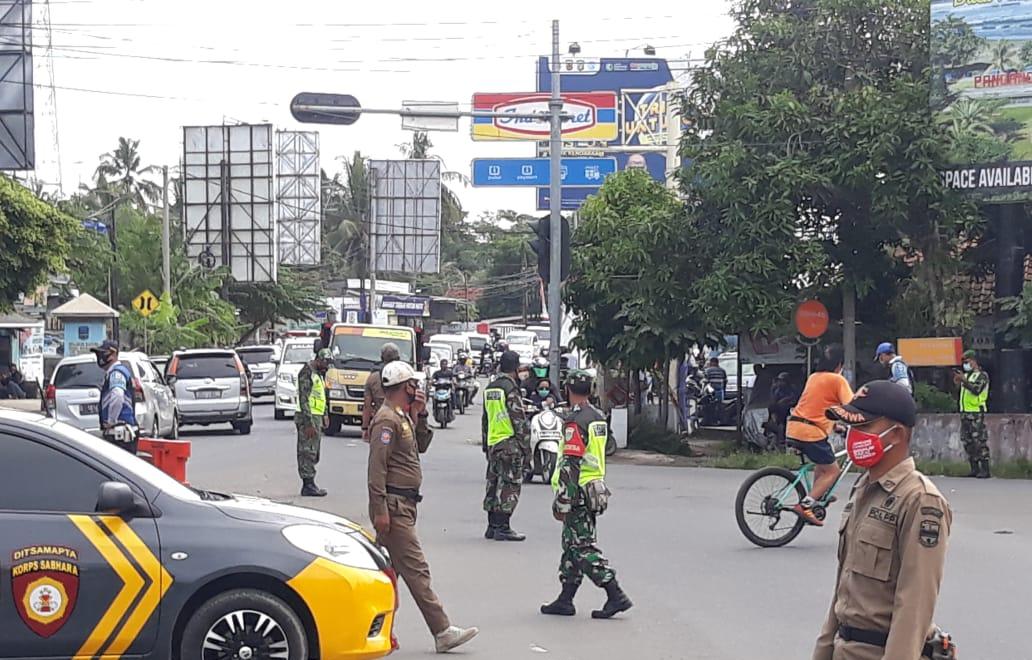 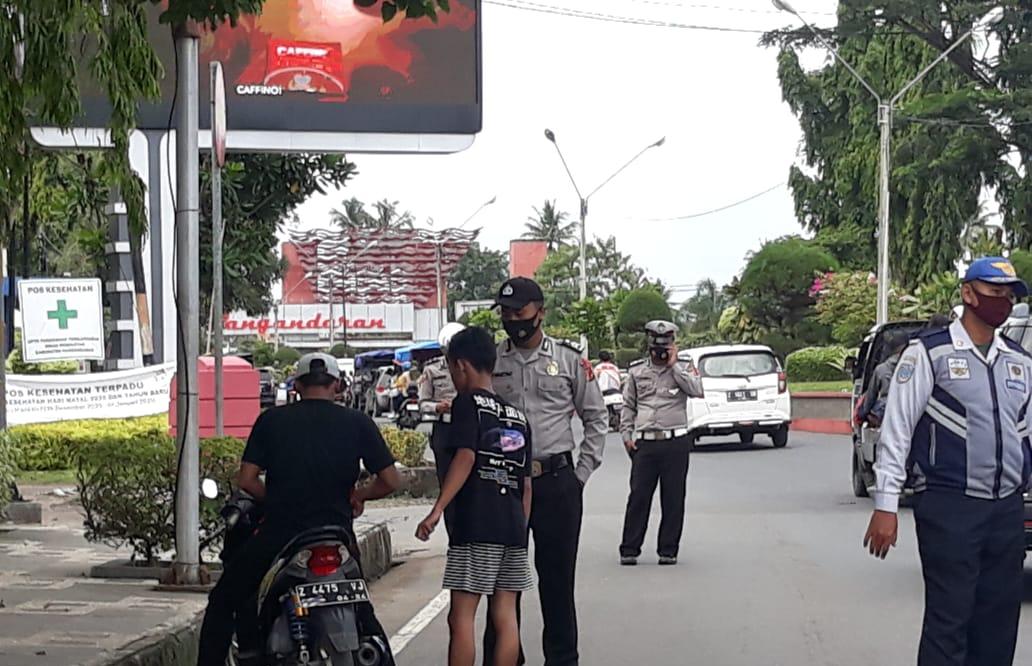 A number of residents and motorists who crossed the Pangandaran Beach tourist attraction area received push-ups from the joint officers of the Pangandaran Police, 1320 / Pangandaran Koramil, Satpol PP and Pangandaran Regency Transportation Agency.  The sentence was given for not complying with health protocols. 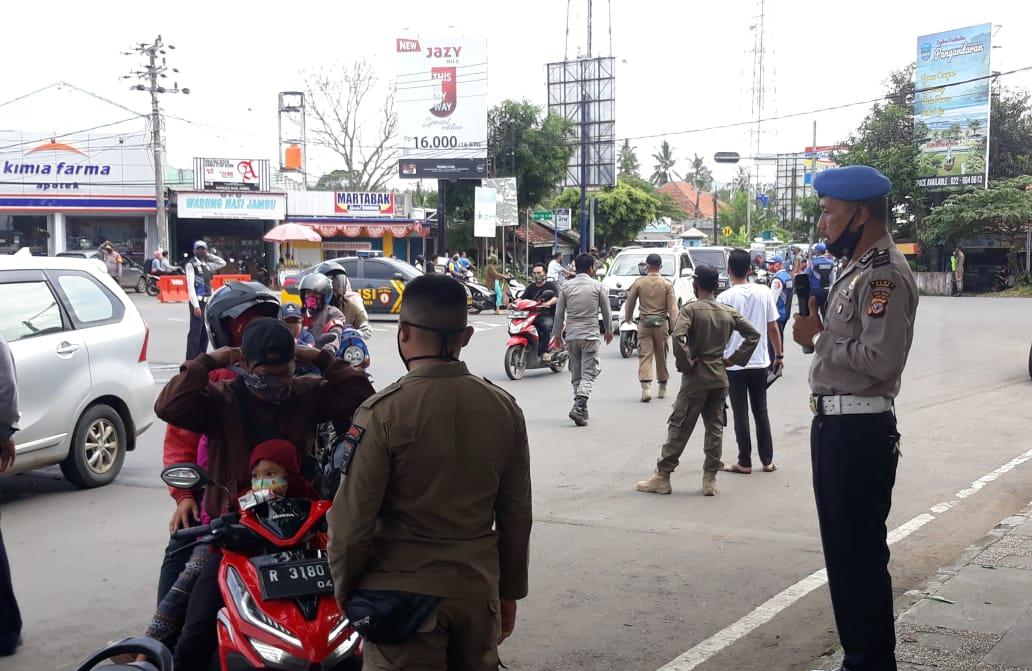 Residents and motorists who violate, receive punishment from the raids on the justisi operation carried out by the Pangandaran District Covid-19 Task Force in the Pangandaran Beach Marlin Fish Roundabout, Pangandaran Regency, West Java, Sunday (03 January 2021). 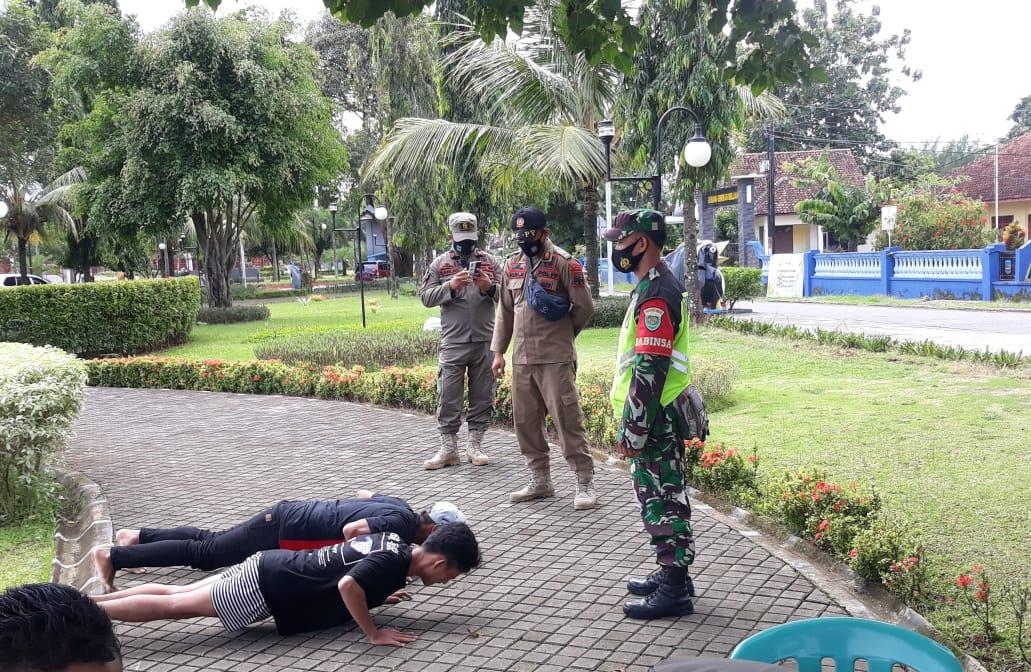 Kapolsek Pangandaran Polres Ciamis Polda Jabar Kompol Suyadi, SH., M.M., said that while carrying out the justisi operation, several motorists passing through the area were indeed found not wearing masks.  In accordance with the rules of health protocol, so that the officers have to act by giving push-up penalties.
All that, continued Kompol Suyadi, was done to discipline the public in implementing health protocols.  The goal is to prevent the transmission of the Corona or Covid-19 virus.
"In order to prevent and break the chain of spreading Covid-19," said Commissioner Suyadi.
West Java Regional Police Head of Public Relations Kombes Pol.  Erdi A. Chaniago S.I.K., M.Si explained that punishments such as reprimands and push-ups given by officers are none other than so that people who are less aware of their violations can be disciplined and comply with health protocols in the midst of this pandemic which is still endemic.  "Actions with admonitions and push-ups are intended to discipline the public so that they always comply with health protocols such as wearing a mask at all times," he said.
In addition, said the police chief, the operation was also given social warnings and sanctions to urge and educate residents to always comply with health protocols.  "The justisi operation also aims to make people use masks according to health protocols so that people are not exposed to the corona virus," he said.
"With the hope that it can provide a deterrent effect for health protocol violators. So that later they can follow the protocol as expected," he concluded.
For information, this time the joint officers took action against 68 people who violated health protocols.  The 18 people received physical push-ups for not carrying and using masks properly.
Bandung, January 3, 2021
Issued by the West Java Regional Police Public Relations Officer
Jl.  Soekarno Hatta No.  748 Bandung
Contact person
West Java Regional Police Head of Public Relations
Kombes Pol.  ERDI A. CHANIAGO, S.I.K., M.Si.
NO.HP: 087865048232
Kasubbid Penmas Bid Public Relations Polda West Java
AKBP Dra.  SANTI GUNARNI
NO.HP: 081214505604
Bagikan berita ini ke yang lain