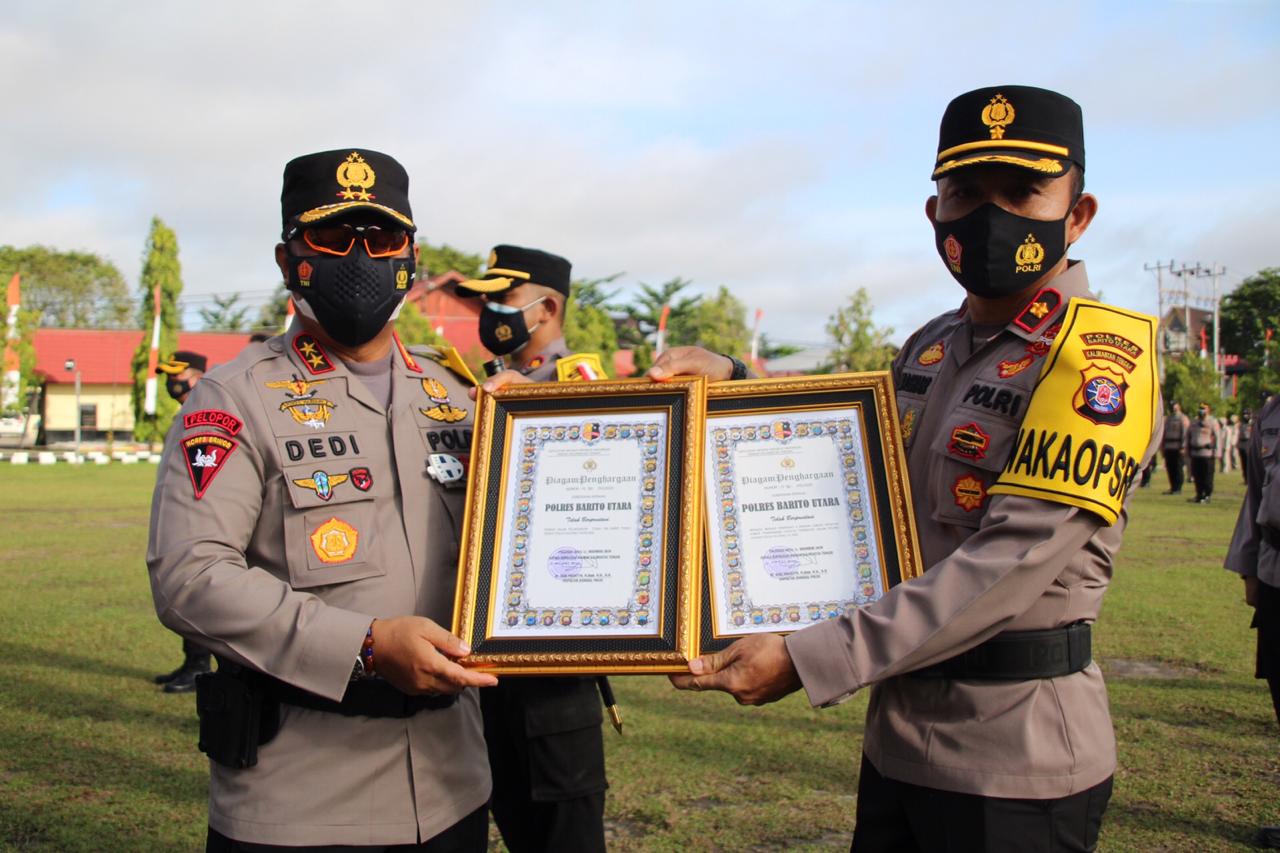 Globalinvestigasinews.co.id  - North Barito Police - Results will not betray efforts. Maybe that's the right word for the North Barito Police, who won an award from the Central Kalimantan Police Chief Inspector General of Police. Dr. Dedi Prasetyo, M.Hum., M.Si., M.M., at the Central Kalimantan Police Headquarters, Monday (4/01/2021) morning.
The two awards that were won and received were the Saber Pungli Task Force I and the Best PC PEN II.
North Barito Police Chief AKBP Dodo Hendro Kusuma, S.I.K through the Deputy Head of North Barito Police, Kompol Marharsono, S.H., M.H., Expressed his gratitude for the achievements of the North Barito Police.
"Alhamdulullah, Thank you for the performance and dedication of the Barut Police colleagues to get 2 awards as well as the Best Saber Pungli Task Force I and the Best PC PEN II. Hopefully in the future we can get even better results, "he said.
He also hopes that the good things can be maintained and in the future can be improved again. (Team)
#GINEWS UPDATE
Bagikan berita ini ke yang lain