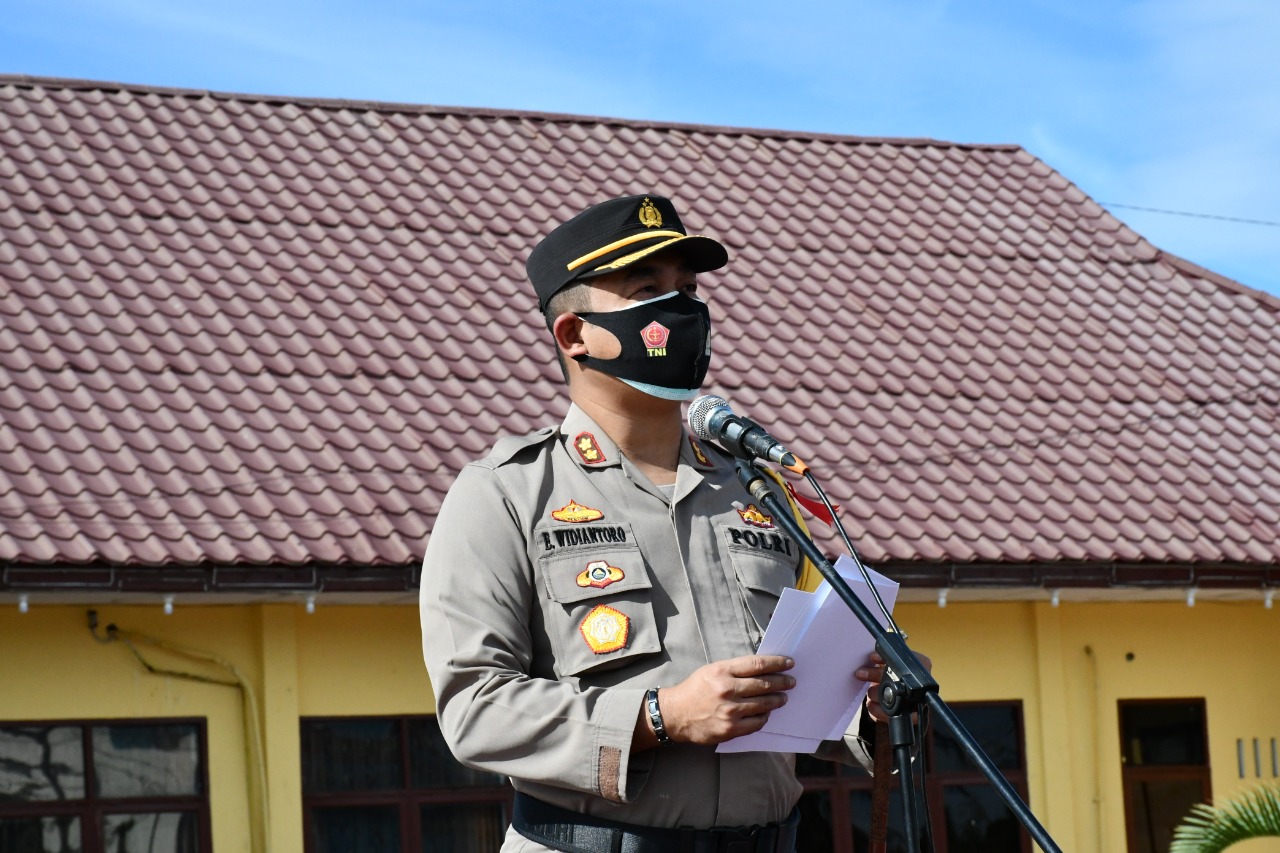 East Aceh Police Chief Leads Corps Report Card Promotion of 70 Personnel
Aceh Timur-globalinvestigasinews.com
The East Aceh Resort Police held a Corps Report Card ceremony for a higher level promotion at the Sarja Arya Racana Field of the East Aceh Police Headquarters, Monday (04/01/2021).
As many as 70 personnel from the East Aceh Police who were promoted, consisting of, Iptu to AKP two personnel, Ipda to Iptu five personnel, Aipda to Aiptu two personnel, Bripka to Aipda 11 personnel, Brigadier to Bripka 33 personnel, Briptu to Brigadier three personnel and Bripda  to Briptu 14 personnel.
In his mandate, the Head of the East Aceh Police emphasized that promotion is not an absolute right of every personnel, promotion is not the time to just raise your rank, and promotion is not a gift or gift from the leadership but is the result of an assessment of your performance and dedication in implementing it.  task so far.
"Of course, not all members can have an opportunity like this, only members with high dedication in devoting themselves to society, the nation and the State through the National Police institution are entitled to receive it," said the Police Chief.
On this occasion the Chief of Police felt proud of all personnel who were promoted.
"As the leader of the East Aceh Police, I feel proud and say;  Congratulations and the highest thanks to all members who have worked according to procedures and are responsible, so that the promotion he received is a right he deserves, "said the Chief of Police.
For this reason, in granting a promotion to a person, there are obligations as well as various requirements that must first be met through an assessment, including: achievement, dedication, loyalty and beyond reproach.
The Head of Police emphasized, in this regard, to members whose rank was raised one level higher, I, as the Head of the East Aceh Police, hoped and demanded that they continue to maintain and even further increase discipline, insight, work ethic and dedication in carrying out tasks in the future.
Furthermore, in order to further develop his career, improve performance and higher responsibility according to the rank he has assumed.  The police chief firmly stated.
He added, as an emphasis from me for the brothers, that when the rank has gone up, it means that your performance and thinking are more mature in a better way too.  Keep away from acts that are not praiseworthy and violate the rules (violation of discipline) that can damage the image of our beloved Polri.
"As the leader, I hope that we will love the Police, and our task is a mandate that we must protect.  May Allah SWT always provide guidance and guidance to all of us in an effort to further improve service to the people of the Nation and State. "  The Head of the East Aceh Police, AKBP Eko Widiantoro, S.I.K, M.H, concluded.
Global nana thama
Bagikan berita ini ke yang lain