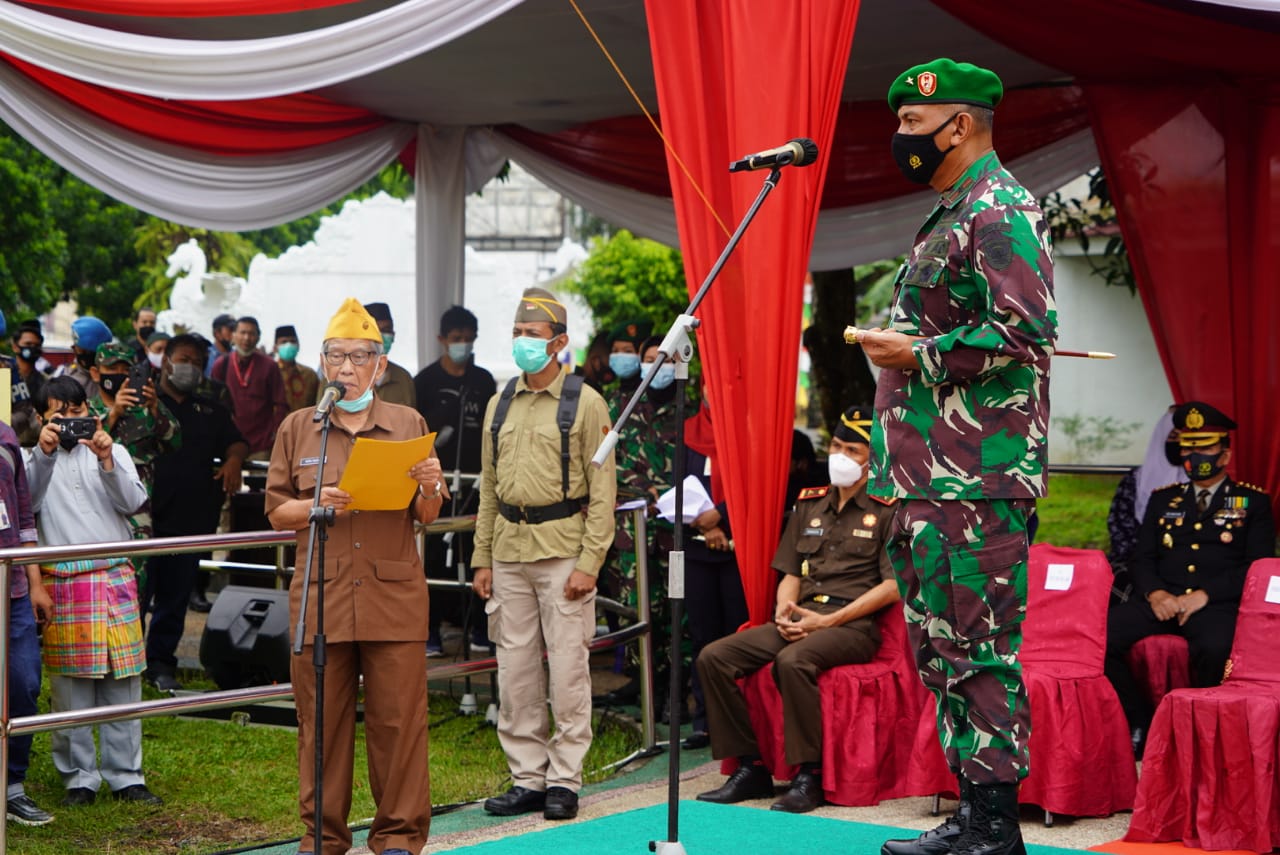 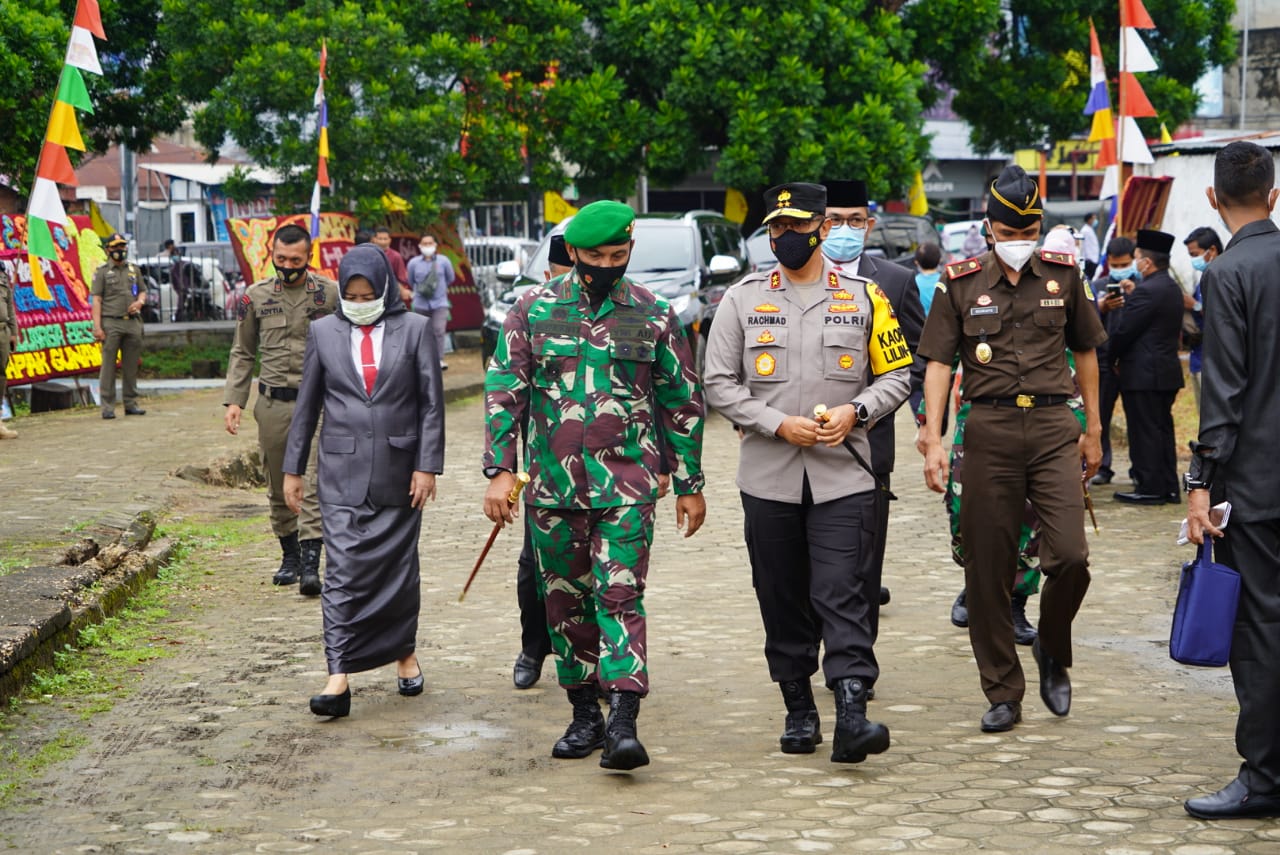 As a token of commemorating the services of the fighting fighters at Simpang Tiga Sipin, Jambi City, Danrem 042 / Gapu placed a wreath under the Juang Monument.
The Juang Monument at Simpang Tiga Sipin is one of the historical evidence when the Jambi people fought the Dutch, many Jambi people died in the battle.
Brigadier General M Zulkifli said that nationally there was a momentum of important events that must be remembered.  "This is a silent witness to the fighting of the Jambi people," he said.
This meeting dropped 100 soldiers. This is a moment to reflect on how far we are struggling to make Jambi more advanced.
"Always guard this place, because this is our memory for previous fighters," as well as the inauguration of the Tugu Juang area as a historical tourist attraction for the struggle of the people of Jambi.  he added.
In the midst of the Covid-19 pandemic, all people must implement health protocols.  This is a guideline to avoid Cobid-19.
Also attending the ceremony were the Jambi Provincial Secretary, Jambi Police Chief Inspector General Pol A. Rachmad Wibowo, Kajati Jambi Dr.  Johanis Tanak, SH, MH and elements of the Jambi Provincial Government Forkopimda and veteran fighters. (Mansyur)
Authentication: Kapenrem 042 / Gapu, Mayor Inf RM.  Hatta
Bagikan berita ini ke yang lain