Beginning in 2021, the Governor of NTB Handles the Health of Two Poor Families

Beginning in 2021, the Governor of NTB Handles the Health of Two Poor Families 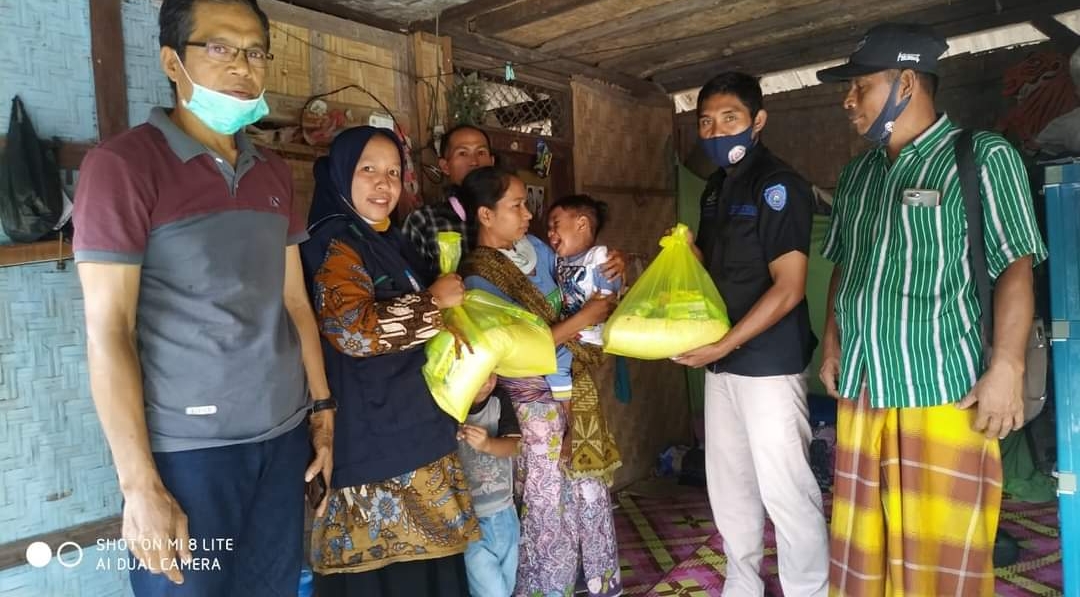 The Head of the NTB Province Social Service, H. Ahsanul Khalik S. Sos MH, admitted that he received a WhatsApp message directly from the Governor instructing the Social Service to immediately conduct an assessment of two toddlers, namely a toddler in Central Lombok and a toddler in Dompu.
In the social response earlier this year, the Governor helped two toddlers in the two districts.  The assistance provided is in the form of funds, basic foodstuffs, formula milk and medicines and has also been coordinated to get further examination services.
“The coordination and instruction process is like this, Bang Zul is not rigid and flexible.  Everything has to be fast, responsive, quick to meet, quick to follow and quick to complete.  This is what is usually done in responding to social media, "said the Head of the NTB Provincial Social Service, H. Ahsanul Khalik, S.Sos., M.H., in a press release, Saturday (2/1).
Related to two toddlers who need this attention.  Khalik said, Bang Zul immediately responded with a quick action by the Provincial / Regency Social Service through the Social Assistance Family Pillar (PKH) in Dompu Regency and the P3S Task Force for NTB Province and TKSK, Jonggat District in Central Lombok.  This is done to quickly find out the condition of the two toddlers so that treatment can be followed up immediately.
Furthermore, that the result of the companion assessment in Dompu, Aan Sofian is a toddler from a married couple, Andika Putra and Ayutini.  The information is that the toddler is planned to be referred to Sanglah Hospital for medical treatment.  Physically the toddler is visible.  However, to defecate (BAB) through the anus is not possible.
Meanwhile, Aan Sofian has a BPJS Health membership, namely an independent BPJS that has been published and has functioned since March 2020, when he underwent surgery.
"The current needs for formula milk and medicines are purchased at pharmacies.  Hopefully you can recover again.  Aamiin, "quoted the former Head of the Provincial BPBD.
As for his economic condition, Aan Sofian's parents are temporarily not from PKH and BPNT social assistance recipients, because family data is not included in the Integrated Social Welfare Data (DTKS).
Likewise, the second toddler named Ahmad Imanudin is the baby of Gunawi and Tini from Batu Entek Hamlet, Sukarara Village, Jonggat District.  Based on the assessment, the toddler was suffering from a left kidney tumor (Nefroblastoma).  Ahmad's condition was only discovered a month ago, to be precise in December 2020. He had received attention from the Sukarara Village Government.  Never received social assistance from JPS Gemilang, even from Laskar NTB.
"For BPJS still use independently, it is being managed by the Social Services and Health Office of Central Lombok to enter the PBI JKS Central Lombok Regional Government," explained Khalik.
In fact, said Khalik, Bang Zul took the time to attend the wedding of the child of one of the Heads of the NTB Province Regional Apparatus in Puyung, at that time he also immediately visited the residence of the parents of toddlers Ahmad Imanudin to see firsthand the condition of the toddler as well as discuss the further handling of the child.
"This social response action will continue.  Complaints on social media are very transparent and can be followed up in a transparent manner.  Because Bang Zul is concerned with social conditions and public health in NTB, especially those that have not been touched by government policies, "he concluded. (Mst)
Bagikan berita ini ke yang lain