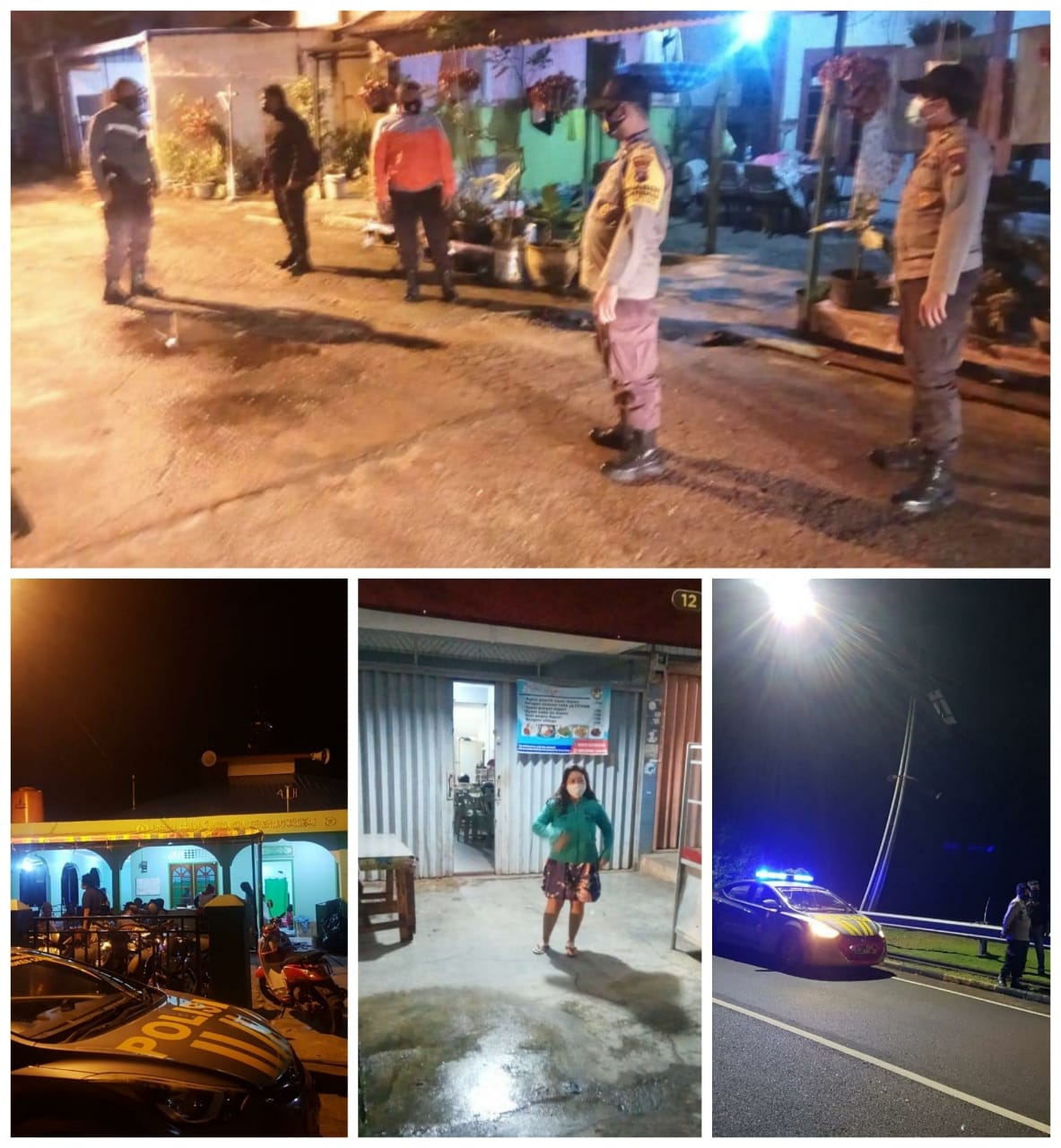 Assalamualaikum Wr.  Wb
Press Release Number: 326 / I / HUM / 2020 / POLRES TANJUNGPINANG
Day: Monday, January 4, 2021
Regarding: Anticipating Criminal Actions Post Flood, East Tanjungpinang Police Conduct Night Patrol
Tanjungpinang, Kepri - Although the floods that hit the Tanjungpinang area have started to recede, not all residents can return to their homes to carry out their usual activities, because in some locations until Saturday night (02/01/2021) there are still houses still  submerged in water.
In connection with this, the Kapolres Tanjungpinang AKBP Fernando, S.H, S.I.K., through the Tanjungpinang Timur Police Chief AKP Firuddin ordered his personnel consisting of the Patrol Unit, Function Pickets (Reskrim and Intelkam) and Bhabinkamtibmas, to carry out patrols in flood-affected areas.
In this activity, personnel who carry out patrols with community members who also carry out patrols, monitor and directly supervise houses left by their owners to evacuate both in refugee camps and relatives / family homes.
In addition to carrying out patrols, Tanjungpinang Timur Police personnel also visited residents in refugee camps in the Batu IX area including Kenangan Jaya 3 Housing, Elang Indonesia Housing, Puspandari Housing and other housing and community settlements affected by the flood disaster while conveying an appeal to remain obedient  health protocol so that there is no spread of the Covid 19 outbreak in the refugee camp and immediately contact the Tanjungpinang Timur Police or Bhabinkamtibmas if there are things that require assistance.
The Head of the Tanjungpinang Timur Police added that this patrol was intended to anticipate the crime of theft in vacant houses that were abandoned by their owners because of flooding and to anticipate other social security disturbances.
"Hopefully this flood disaster will end soon so that people can do activities as before, especially when the current flood disaster coincides with the spread of the Covid 19 outbreak," concluded the Head of the Tanjungpinang Timur Police.
Wassalamualaikum Wr.  Wb. *
IPTU SUPRIHADI
Head of Sub Division of Public Relations
email:
humaspolrestpi@gmail.com
website:
www.tribratanews.kepri.polri.go.id
www.polrestanjungpinang.id
facebook: Public Relations of Tanjungpinang Police
Instagram :
@Humaspolrestanjungpinang
twitter: @PolresTPI
Bagikan berita ini ke yang lain