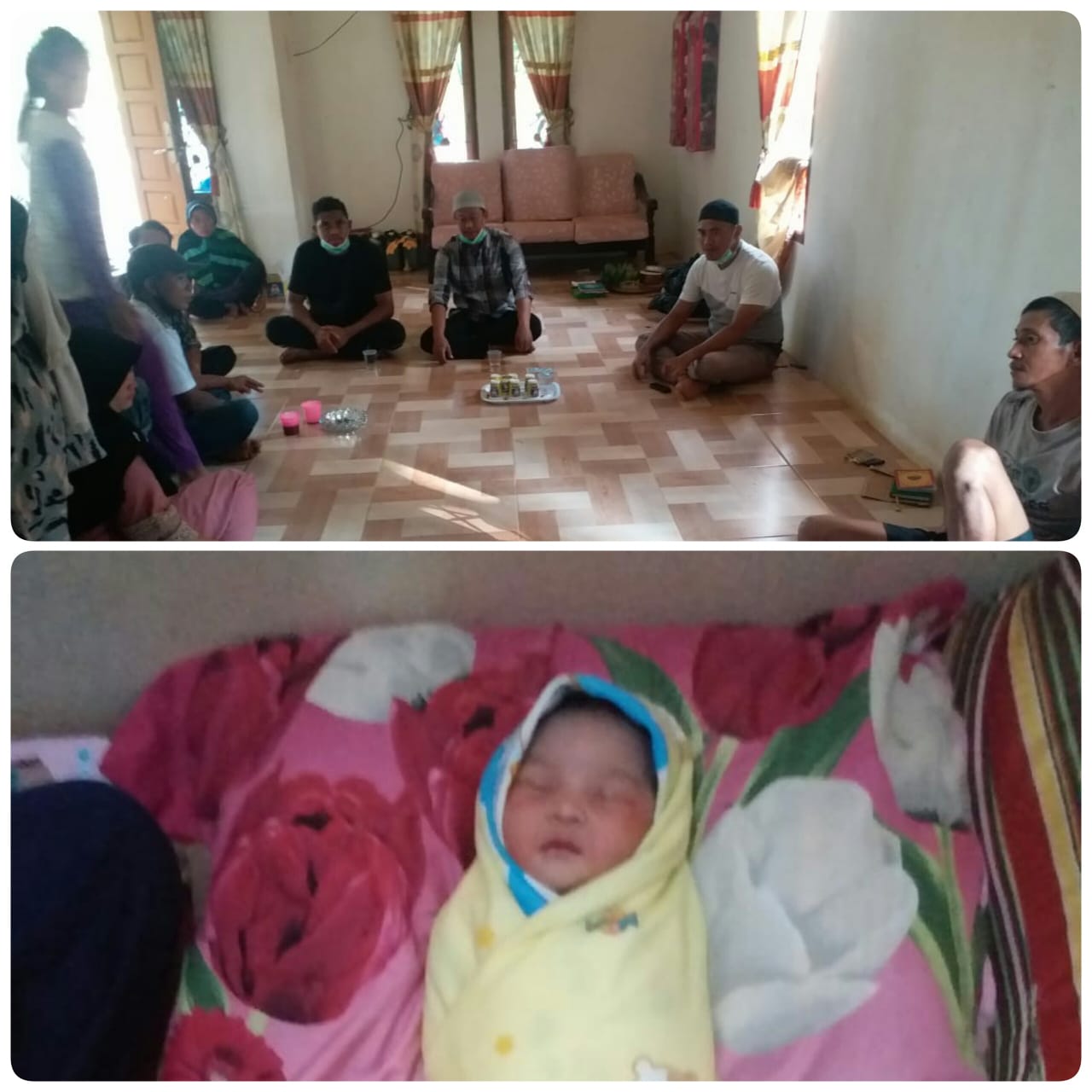 "Tragically" A Mother Died After Childbirth Due to a Badly Damaged Road Traffic
Tanjabtimur - GlobalInvestigasinews.com
2021/01/04
Infrastructure of Jambi Province's ownership road in Tanjung Jabung Timur (Tanjabtim) Regency which was observed to be badly damaged on the Nipah Panjang - Muara Sabak route finally died of a mother named Manni, a resident of trench 4 in Lambur Village outside Muara Sabak Timur District, Tanjabtim Regency, on Sunday (03  / 01/2020) morning.
It is known that the mother will be referred to the hospital after giving birth to a child, unfortunately when the trip to the hospital was transported using a four-wheeled vehicle trapped in the middle of a long traffic jam due to damaged roads.
One of the Nitizens uploaded a photo via his Facebook account saying "innalilahi wainna ilaihi roojiu, has passed away to Rahmatullah, a pregnant woman who wanted to be taken to the hospital but the road jammed in Siau village was deep so that it took her life with the road conditions like," he uploaded
Another source also explained that, "a mother after childbirth, the mother was immediately referred to the hospital in Muara Sabak, but until finally it was discovered that she died due to being stuck in a traffic jam in Siau," Nurhamzah explained on the comments page of Jamal Daeng Matereng on Sunday (  03/01/2020) noon.
Member of the East Tanjab DPRD, M. Guntur, also complained about the condition of the road belonging to the province, especially since it has claimed lives.
"I respectfully request the East Tanjab regional government to immediately coordinate with the Jambi provincial government regarding the severe damage to the Jambi provincial road specifically in the Siau region," asked the head of the PDI-P faction when contacted by the media crew.
He further emphasized that the Tanjabtim district government should reactivate the portal for limiting excessive tonnage in order to control the tonnage of transport cars in order to minimize damage to roads.
"I ask the government to re-install the portal in the eastern Sabak region in order to maintain road assets to remain durable," he said
He also invited the community to work together to reduce excessive tonnage, so that these roads could be maintained.
"I invite all the people of East Tanjung Jabung to protect and care for the road that we are traveling on together, and I invite the community to temporarily not use a vehicle that exceeds the road tonnage capacity," hoped a member of the DPRD as well as an administrator of KAHMI Tanjabtim.
Finally, "I feel sorry for the death of a pregnant woman on the inner Siau road who will be taken to the hospital, all the pregnant women are Khusnul khotimah," he said (T111k).
Bagikan berita ini ke yang lain