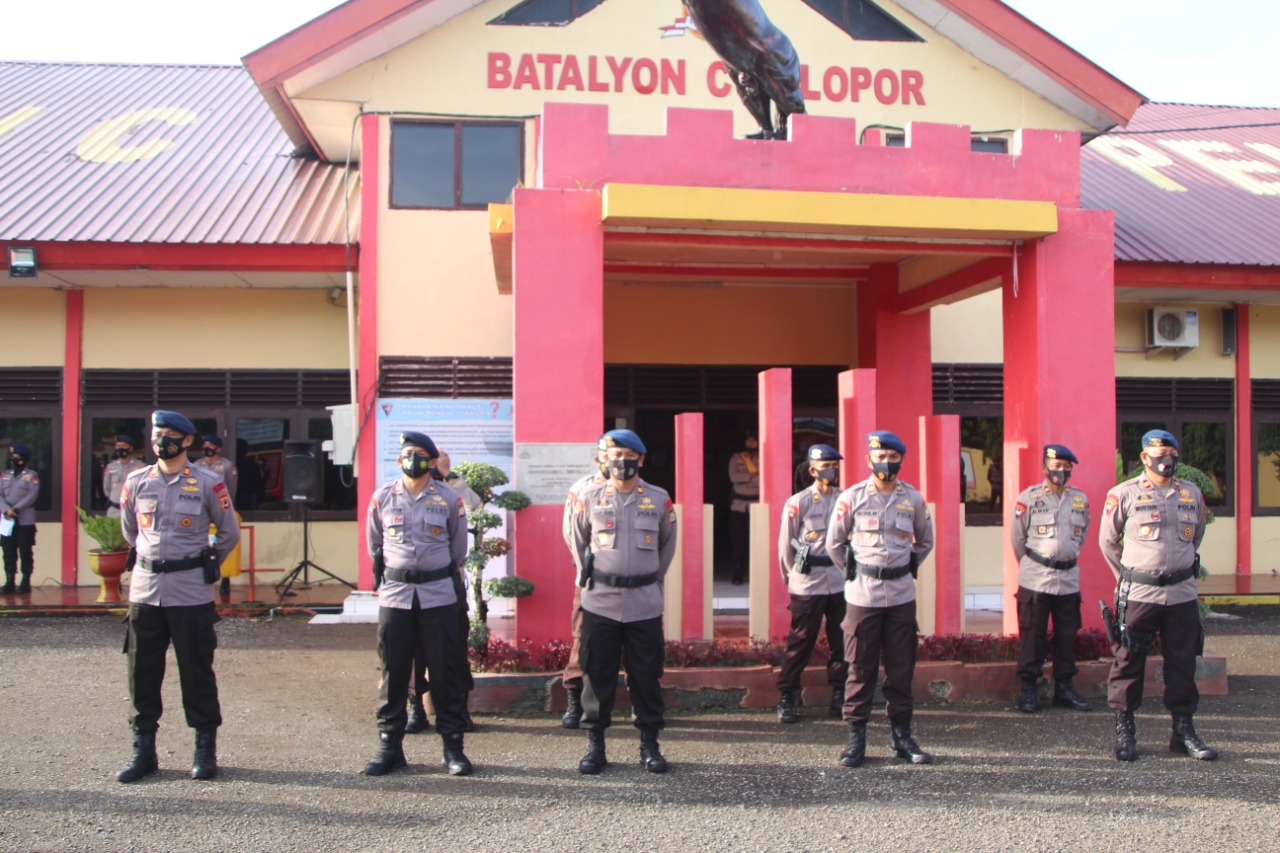 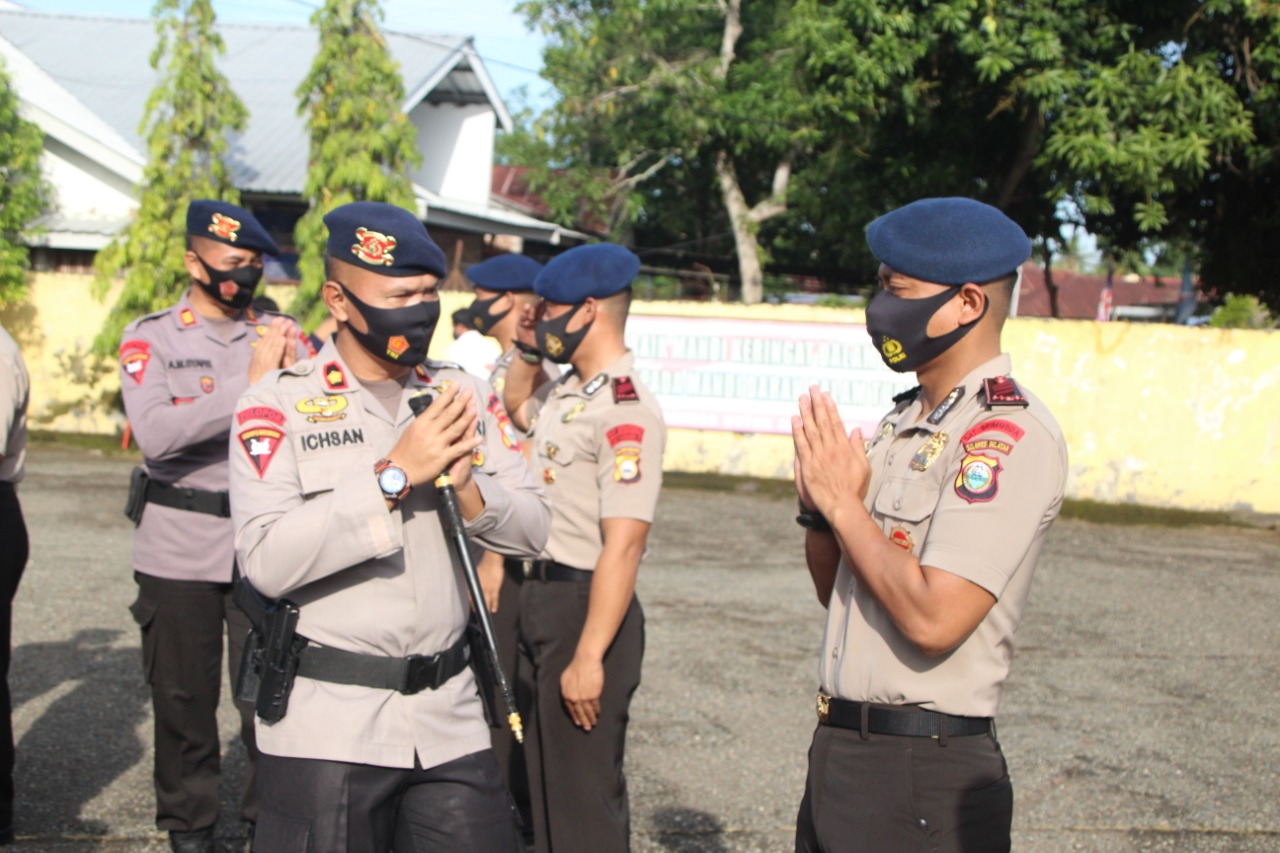 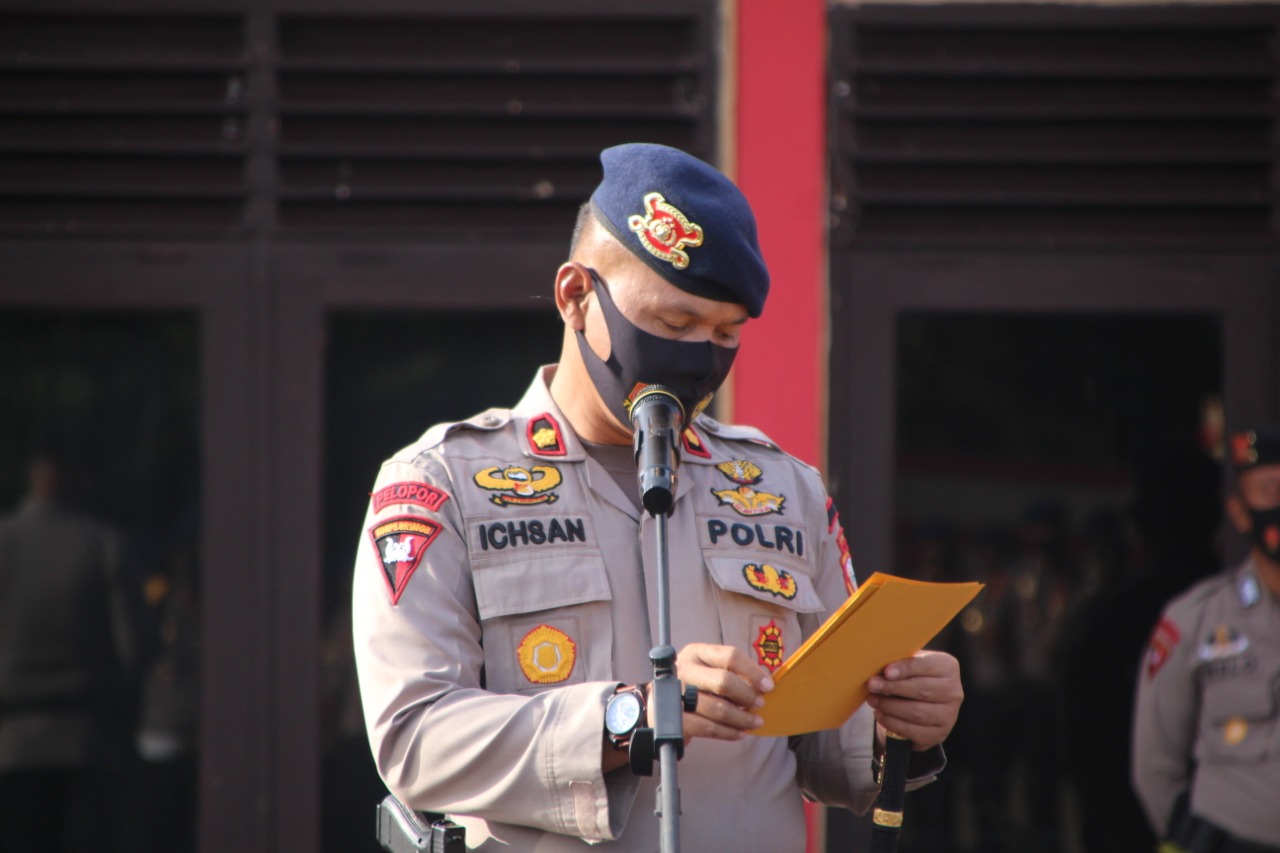 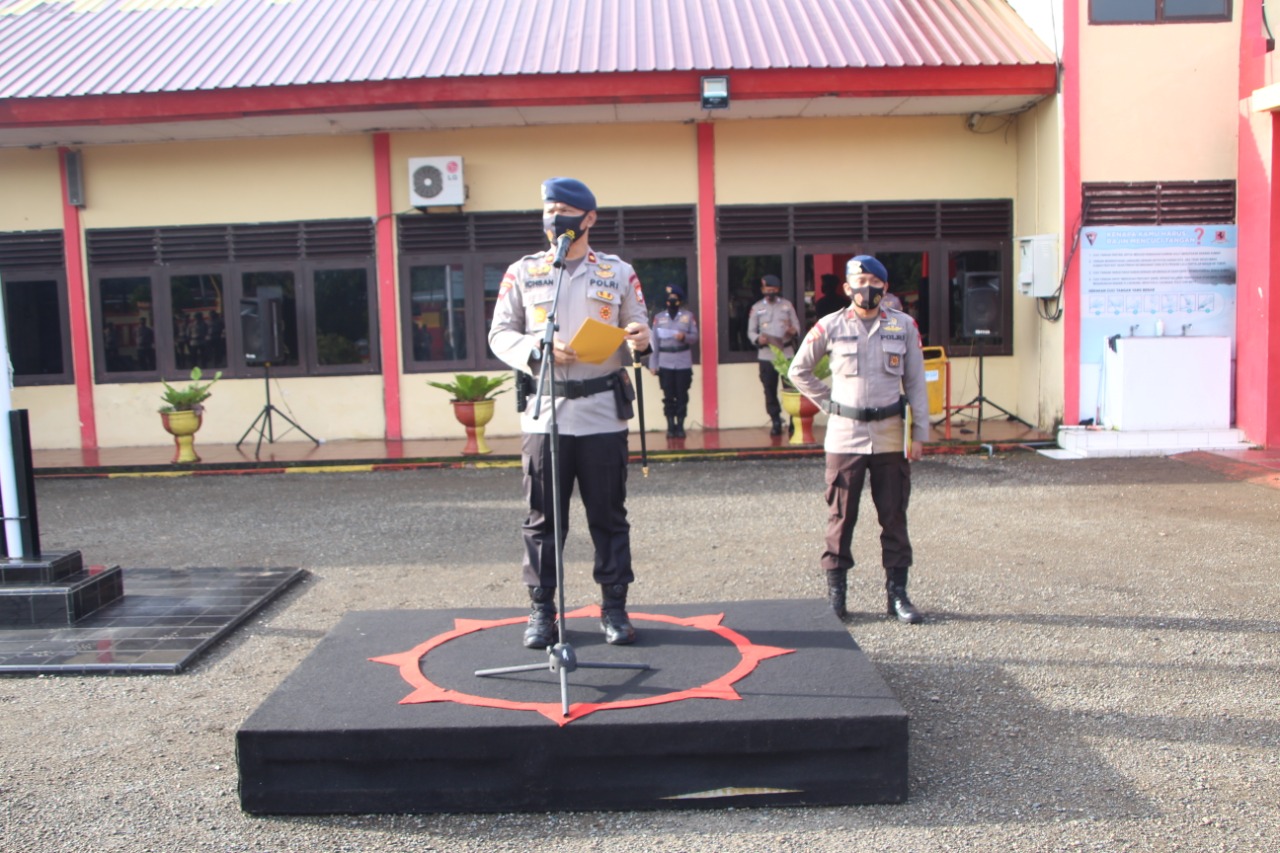 During this promotion ceremony, Danyon C Pioneer delivered special messages to the personnel who had just received promotions.
"I congratulate and congratulate colleagues, especially those who have just been promoted, I hope that this promotion will further improve our performance as protectors, protectors and public servants, where in its implementation we must have targets to be achieved in carrying out our duties as  servants of the country. Of course, the targets to be achieved are not only for one's own career, but also targets to further improve the Brimob Service for Indonesia, "said Kompol Nur Ichsan.
"Living without a target or proper planning is the same as going without a direction, failing to plan means we are planning for failure," added the former Head of Sub-division for Brimob, South Sulawesi Police.
The Corps Report Card Ceremony for 56 personnel of Battalion C Pelopor, was also attended by the Deputy Commander of Wadanyon C Pioneering Satbrimob Polda South Sulawesi AKP Andi Muhammad Syafe'i, S.Sos., M.H., the Pasi, Danki and all members of the ranks of the Pioneer Battalion C.
The series of ceremonies closed with a congratulatory event and a group photo with the personnel who had just received promotions.
Meanwhile, in a separate location, the commander of the Mobile Brigade Police Unit (Dansat) South Sulawesi Police Kombes Pol.  Muhammad Anis, P.S., S.I.K., M.Si.  advised the South Sulawesi Police Satbrimob personnel who had just received a promotion to further increase professionalism in carrying out special tasks in implementing Bhakti Brimob for the Community.
"I congratulate the South Sulawesi Police Satbrimob personnel who today have officially received a promotion. I hope that this new rank can be a motivation for colleagues to further improve performance and professionalism in carrying out their duties and in realizing Bhakti Brimob for the Community," key  Kombes Pol.  Muhammad Anis @ .A.HR
Source: Battalion Commander C Pioneering Satbrimob Polda Sul-Cell Kompol Nur Ichsan S.Sos
Bagikan berita ini ke yang lain